Employees may find themselves in a situation where their employer has not actually fired them, but where they are left with little choice but to quit their job. This is the basic premise of constructive dismissal.

This blog post will help you identify situations giving rise to constructive dismissal.

In Potter, the plaintiff (Mr. Potter) worked as the Executive Director of the New Brunswick Legal Aid Services Commission.

Mr. Potter’s relationship with his employer was not amicable.

He took off some time due to medical reasons and, while he was gone, Mr. Potter’s employer realized they no longer wanted him to work for them.

The employer suspended Mr. Potter with pay while he was on leave and gave all of his job responsibilities to another employee.

They advised Mr. Potter that they would discuss a buyout with him, however Mr. Potter filed an action against his employer instead, alleging constructive dismissal.

The employer understood Mr. Potter’s pursuit of a legal action against them as Mr. Potter tendering his resignation.

The court held that Mr. Potter was indeed constructively dismissed, and did not resign.

From the court’s analysis in Potter we learned that constructive dismissal can occur in two different ways:

1. The employer, without the employee’s consent, substantially changes the employment contract (the “First Branch”), or

2. The employer's treatment of the employee makes continued employment intolerable (the "Second Branch").

Mr. Potter was constructively dismissed as his employer substantially, and unilaterally, changed the employment contract.

We have provided additional examples of constructive dismissal below.

An employer can be said to have substantially changed the employment contract without the employee’s consent in many different scenarios.

These include changes to compensation, job duties, or other such changes made unilaterally by the employer.

For example, Steve hired Gurpreet to be his store’s manager and contracted to pay him an annual salary of $60,000.00.

After some time, Steve decides to pay Gurpreet $50,000.00 instead, and decreases Gurpreet’s salary without his consent.

Gurpreet has a strong case for constructive dismissal.

One day, however, Kwame decided that he was going to assume the duties of manager, thus demoting Karen to the position of a service clerk.

This was done without Karen’s consent, and her written employment contract did not contain any provision that allowed Kwame to do this on his own accord.

Karen has a strong case for constructive dismissal.

On the other side of town is Bill’s auto repair shop. Bill employs a number of auto mechanics.

Dong-Hyun is the only member of a visible minority amongst the shop’s mechanics.

Over the last year working at the shop, Dong-Hyun has been subjected to casual racism from his predominantly white coworkers, and he has complained about it to Bill.

Bill has done nothing to put a stop to the racism, and has told Dong-Hyun that it is “just car shop banter.”

Recently Dong-Hyun has noticed that, because Bill has done nothing to rectify the situation, his coworkers now think it is okay to throw racial slurs at him.

One day when Dong-Hyun finished his shift, he went into the lunchroom to retrieve his belongings and noticed an anti-Asian racial slur written on the whiteboard.

When Dong-Hyun showed Bill, he erased it and told Dong-Hyun not to tell anyone, and that he would deal with it himself.

However, Bill did not take any action to address the hostile work environment and Dong-Hyun no longer feels safe going to work.

Dong-Hyun has a strong case for constructive dismissal.

There are many different circumstances that may constitute a constructive dismissal situation.

If you believe that you have been constructively dismissed, seek the advice of an employment lawyer by calling (778) 565-4700 or simply fill out our contact form to schedule a free consultation today. 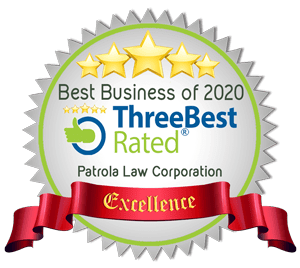 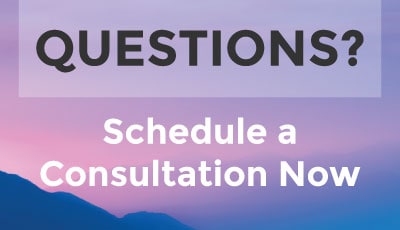